The Stamford Hospital Foundation’s Hope in Motion Walk & Run would like to increase the average dollar fundraising amount, decrease zero-dollar fundraisers and increase overall engagement on their site. We recommended segmenting their past participants into three different audiences by gathering key performance indicators, along with increasing coaching emails and continuing weekly emails to team captains. The challenge here is to not inundate participants with too many emails from the event while keeping them motivated to raise more than they did last year. The key performance indicators we used to segment past participants were 2015 top 100 fundraisers, fundraisers below top 100 and zero dollar fundraisers. These three groups hold a lot of power and in order to increase their fundraising dollars, we needed to give them the proper tools and motivation to succeed.

See the project Our Approach 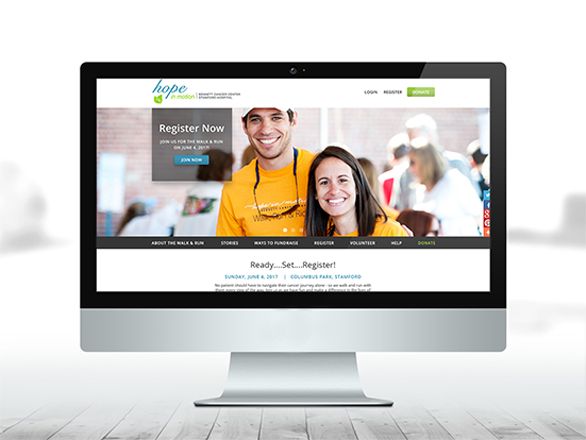 The strategies we recommended were to send a weekly email to team captains,  and to send out a registration announcement email followed by reminder emails to participants from this group that have not yet registered. The weekly team captain emails included fundraising statistics for their teams as well as featuring a Rock Star Team each week to help motivate captains to engage their team members in fundraising. The registration announcement and reminder emails included mission focused content along with acknowledgement and appreciation of their past participation and support. We also focused on sending participants fundraising tips and directing them to send out emails through their participant center, as it is estimated that one in every four emails sent from the participant center leads to a donation.

In 2016, the Hope in Motion Walk & Run saw an increase from each of the three groups. The top 100 fundraisers sent double the amount of emails from their participant centers than the previous year, which attributed to these participants raising $10,000 more than they did in 2015. Within this group, 42% were team captains, and 70% of participants in this group made a self-donation, up from 63% in 2015. For those 2016 fundraisers that were not in the top 100, these 865 individuals raised over $4,000 more. More of them made self-donations and 41% updated their personal page, up from 39% in 2015. For the third segment of past participants, those that raised zero dollars, there were 200 less zero dollar fundraisers and 12% of them updated their personal page, up 9% from 2015.

With targeted emails and audience segmenting, the 2016 Hope in Motion Walk & Run raised $892,681, with 4,665 participants engaging 4,044 donors for an average donation of $220. An increase in donations received per registrant went from 5.2 in 2015, to 6.3 in 2016. Focusing on asking participants to update their personal page and send emails from their Participant Center were a big success and led to an increase in donations. We are looking forward to continuing our work with the Hope in Motion Walk & Run in 2017.

"We were pleased with the growth we saw in our online event fundraising after working with hjc and following the communication plan they created for us. We'll continue to work with hjc for upcoming projects and the 2017 Hope in Motion Walk & Run."