In today’s day and age, we are inundated with news and information everywhere we look. On our TVs, mobile devices, through social media, and even the subway station where we rely on a screen to tell us when the next train will arrive. The fact is that most of this news is negative. However you feel about it, it’s what captures your attention.

Why is empathy decreasing?

It turns out, this consumption of negative news and events has desensitized most of us to the point of exhaustion. In 2017, the UN said our world faced the largest humanitarian crises since 1945 with more than 20 million people in four countries facing starvation and famine. We often hear about these events and see them in the news, but, how often do we act? In any humanitarian crises, as the number of victims in a tragedy increases, our willingness to help decreases due to a lack of empathy. This is known as psychic numbing, a term created by psychiatrist, Robert Jay Lifton.

To get people’s attention, charities often turn to guilt-driven imagery in the hopes that it will strike an emotion with potential donors, leading them to act, but this strategy is no longer as effective as it once was. Though today, virtual reality technology allows charities to place people in scenarios they typically wouldn’t be in and allows potential donors to be immersed in a world that may have previously felt distant to them

The effect of virtual reality on donors

A Facebook report titled “Shifts for 2020: Multisensory Multipliers” stated that 48% of virtual reality charity content viewers were likely to donate to the causes they experienced and were also likely to donate more than those exposed to other forms of media. At a UNICEF conference in 2015, attendees watched a VR film which followed a 12-year-old Syrian living in a refugee camp in Jordan which resulted in people donating at twice the normal rate that they would have otherwise.

While VR can be an impactful tool, it is just one tool of many which non-profits can use to generate greater awareness and empathy. Other charities are using other ways to generate empathy, like hypnosis.

Want to learn more? Watch this video on “Why It’s So Hard To Get People To Care About Humanitarian Crises”. 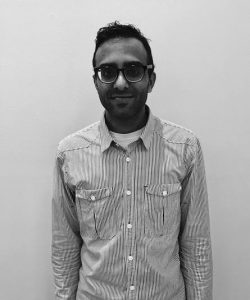 Amaan was born and raised in Edmonton, and Toronto is now the third major Canadian city he calls home. Amaan is a passionate marketer and brings experience from both the marketing and ad agency worlds.

His experience in design thinking comes from both participating in and hosting design thinking jams, and has a passion to bring his combined knowledge, experience, and skills to help non-profit organizations with his enthusiasm for volunteering and through his work at hjc.